Off to Northern Ireland!
It was my second time in Belfast and i planed to visit Crusaders FC at the Seaview Stadium.
I was invited by Michael Long who gave me a warm welcome there.
He provided me with every information about i need and i could ask him any question about Crusaders FC.
We walked through Seaview and showed me everything.
He and the other officials were great hosts, very nice and very helpfull. Thanks for that!

Crusaders FC is like a big family where everybody knows everybody. It was a nice and pleasant atmosphere. They play in Seaview Stadion with a capacity for 3.300 people.
The Club has renovated the main tribune inside. There are players and referees rooms, rooms for the officials, a VIP and Sponsors area with a new build bar.
Both tribunes behind the goal are renoveated too. They got a roof and have new plastic seats now. Before there only were stands.

The pitch has artificial turf and new flood lights. You can still see one of the old flood light pole.
Because of that the pitch is used almost the whole week.
There are training units, friendly matches, tournaments, youth matches and of course home matches of the first team in the Stadium.
No problem because of the artificiall grass and the light, you can play there at every day time and in every weather.
Furthermore the old cabins and changing rooms can still be used.

Crusaders is working together with Newington FC, a fivth league club.
They coooperate together for example in the youth work.
Remarkable is that Crusaders FC is a protestetant marked Club and Newington FC is a catholic marked Club.
The clubs bring the people and especially the youth of both persuasions together.
Here they learn the respectfull together. The Club makes its contribution to the community, which i find amazing and exemplary!

They have a new major project: their new stadium!
Only about 500m away from Seaview the new stadium will be built.
Ambitious plans in north Belfast.

Today Crusaders FC was playing versus Coleraine FC.
I estimated about 1.000 spectators were in the stadium, about 400 guest supporters from Coleraine.
Both teams played fast and aggressive football and it was really nice to watch.
I especially noticed number 14 of Crusaders FC Gary McCutcheon.
The only scotish Player in the team seemed very motivated.
He is a very fast and agile player.
Unfortunatelly the game ended only 1:1 after Coleraine got a penalty in the 82. minute.
Nobody in the stadium understood the decission of the referee. All over the game there were many questionable decissions of him.
Even an official of Coleraine asked me if i know why they got the penalty, but i also didn t know. At the end only one point for both teams. But Crusaders FC still plays in the top.

I had a great time at Seaview Stadium with Crusaders FC!
Once again in Belfast it was a pleasure to be here.
Thanks again to all officials of the club, especially to Michael Long for being such great hosts!
I will defenitely visit Crusaders again, at least when they play in their new stadium.
Hopefully earlier, maybe on a away match somewhere in Northern Ireland.
I wish the club all the best for future! 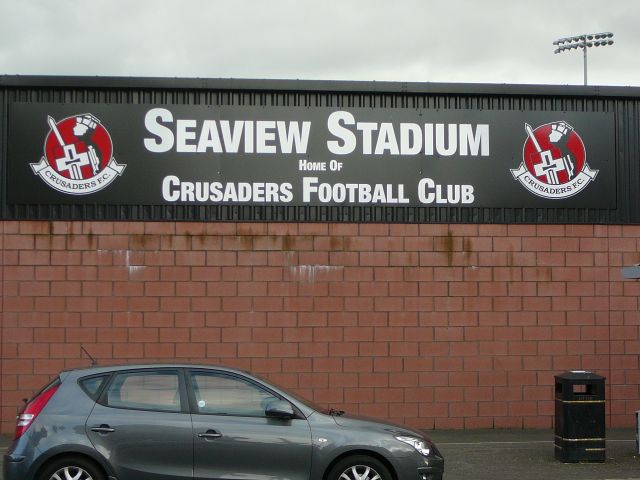 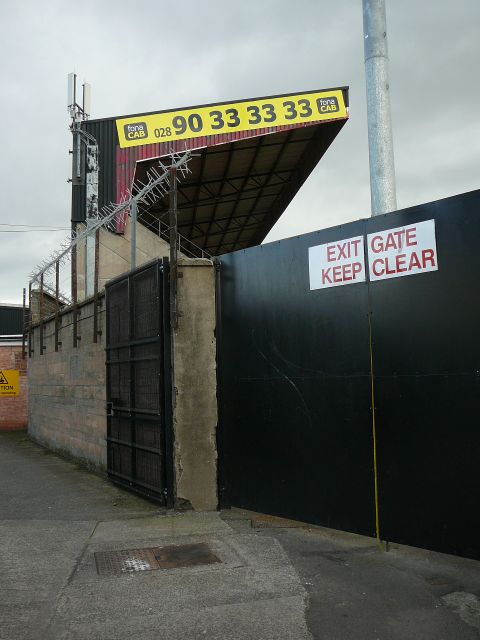 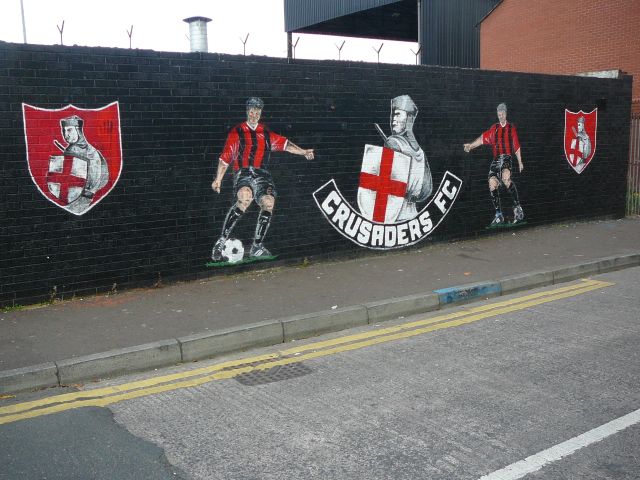 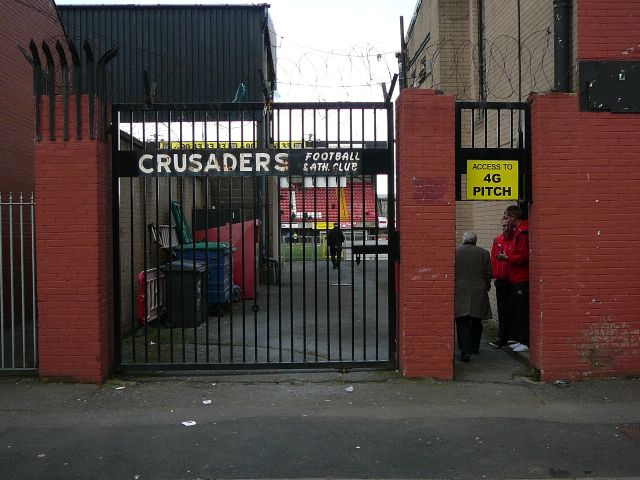 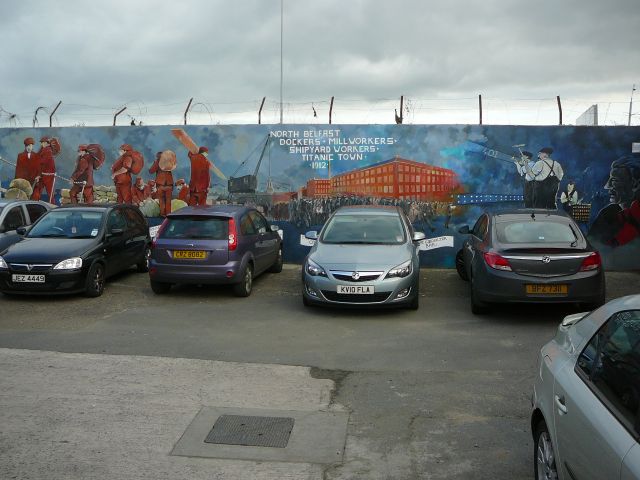 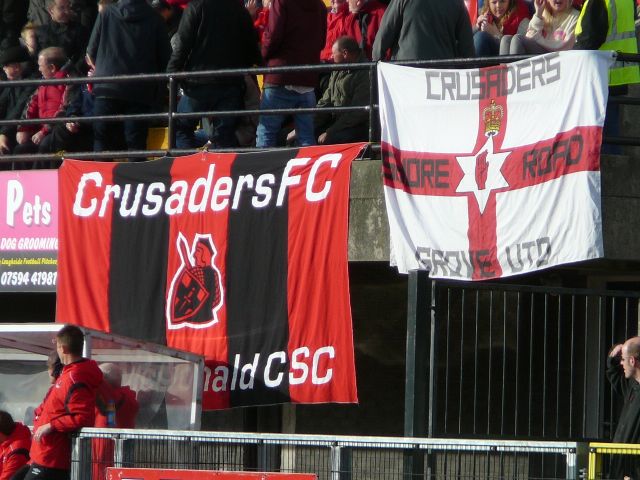 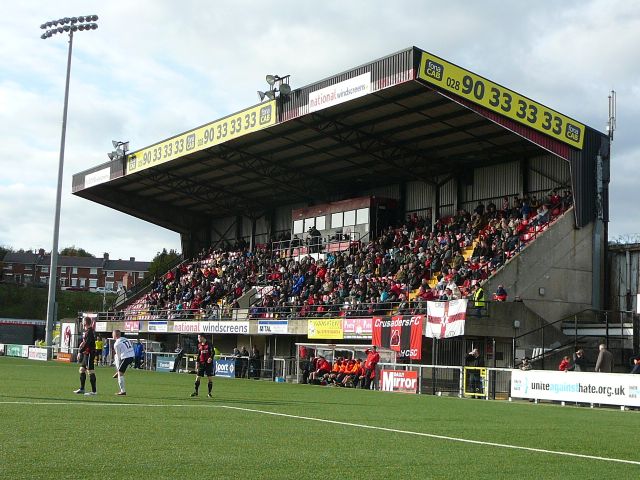 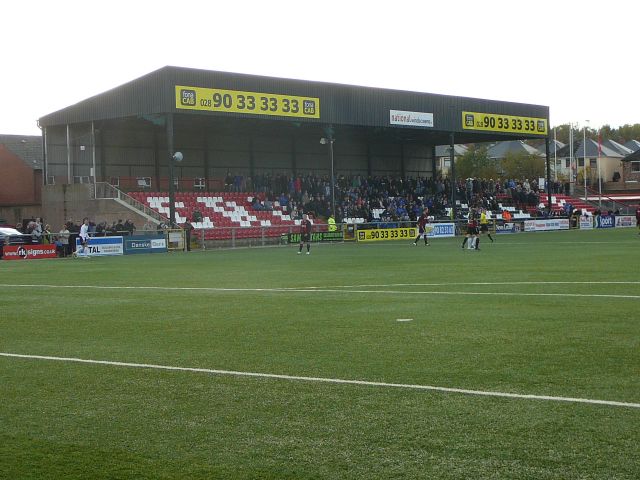 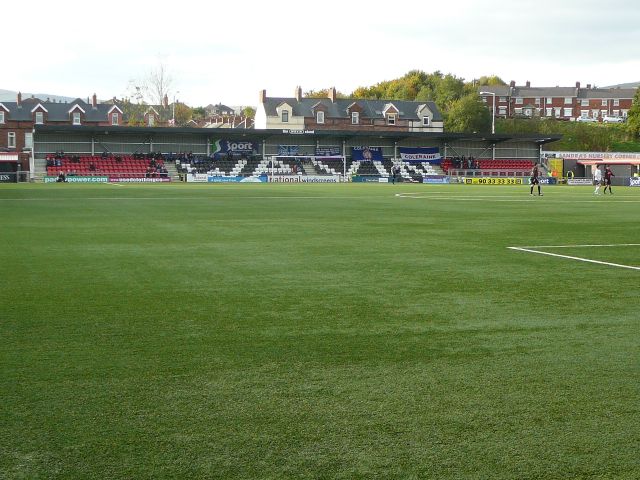 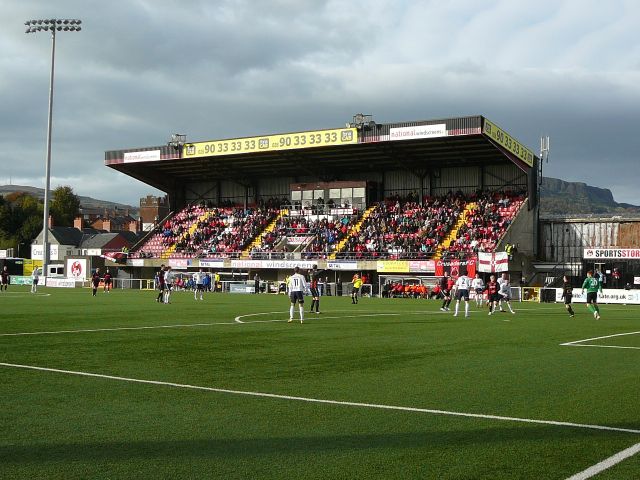 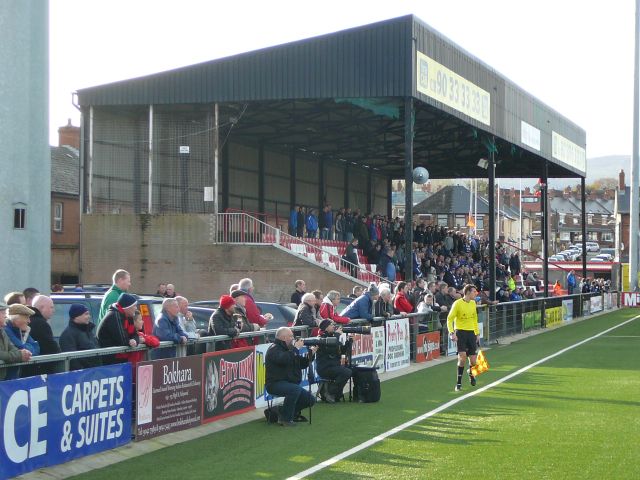 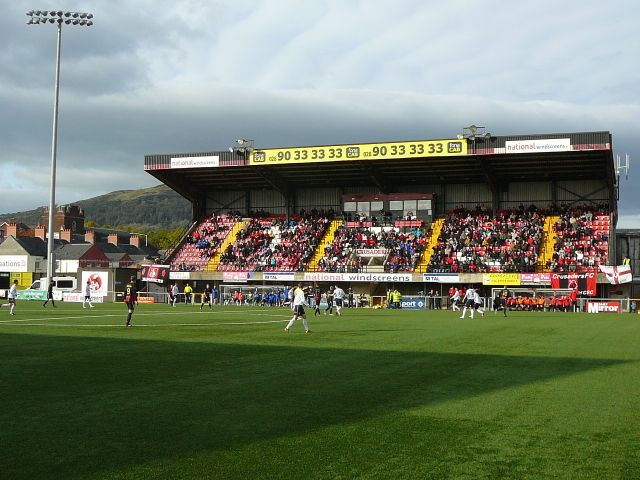 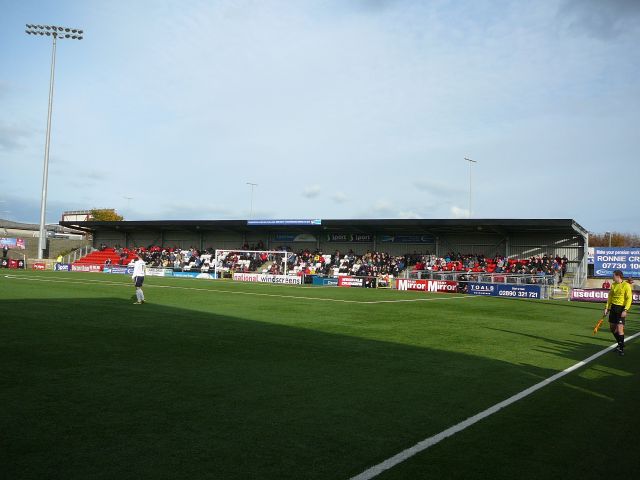 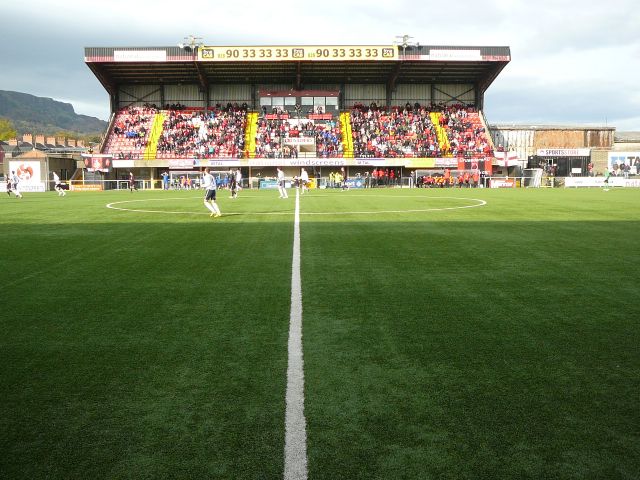 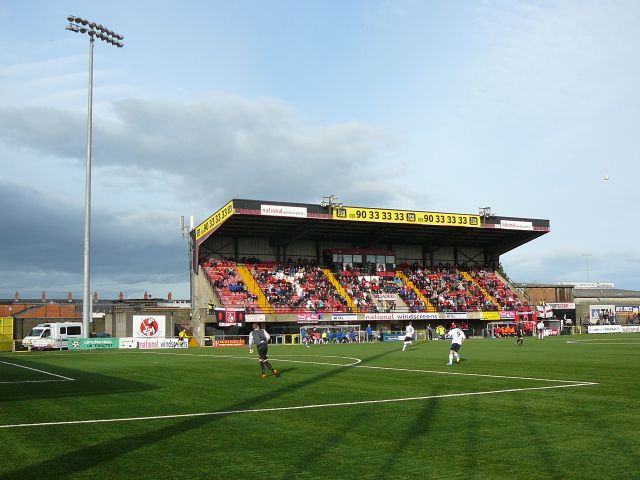 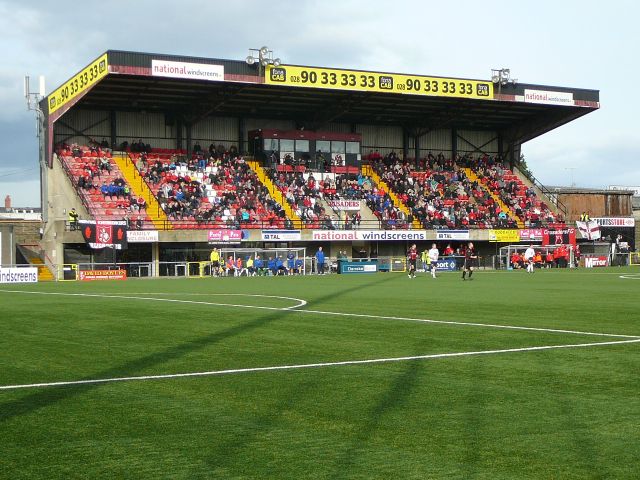 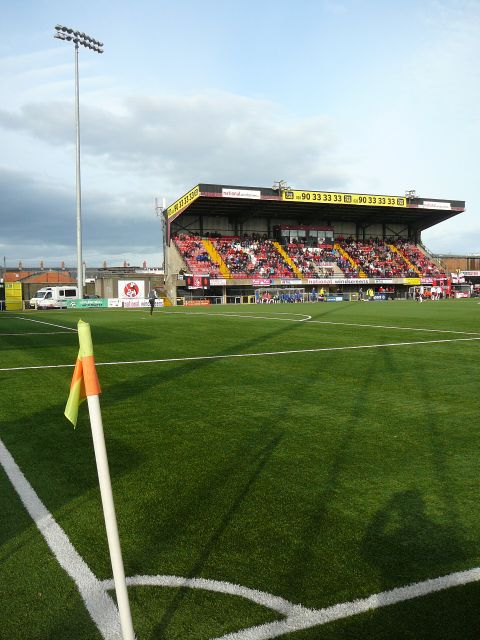 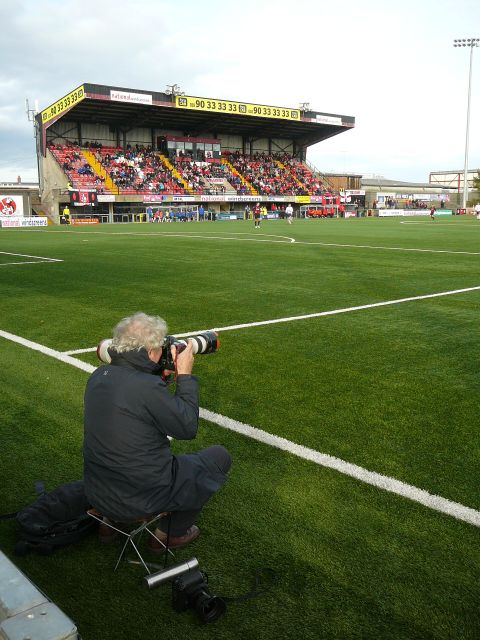 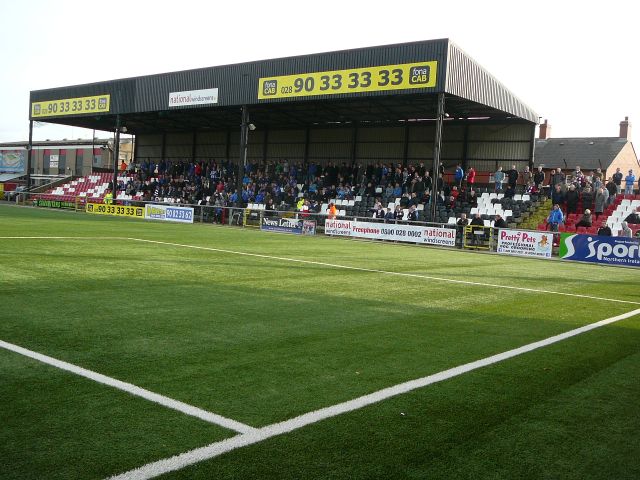 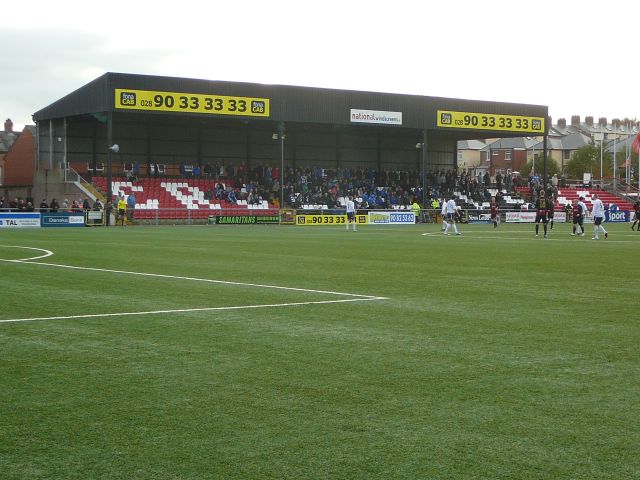 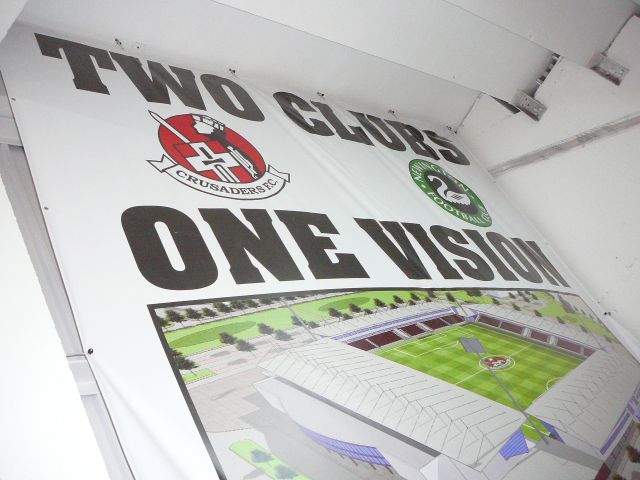 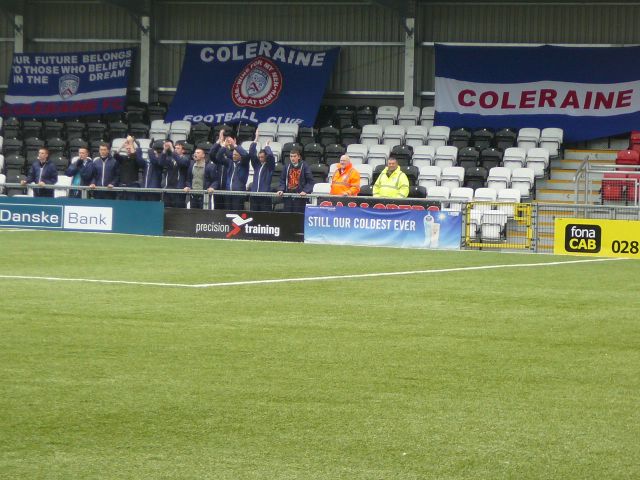 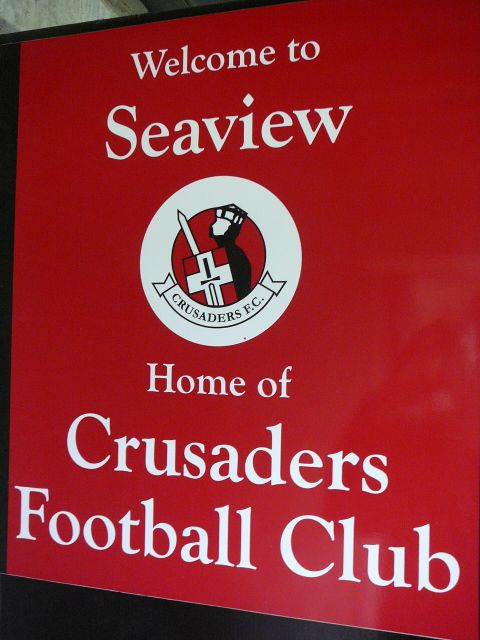 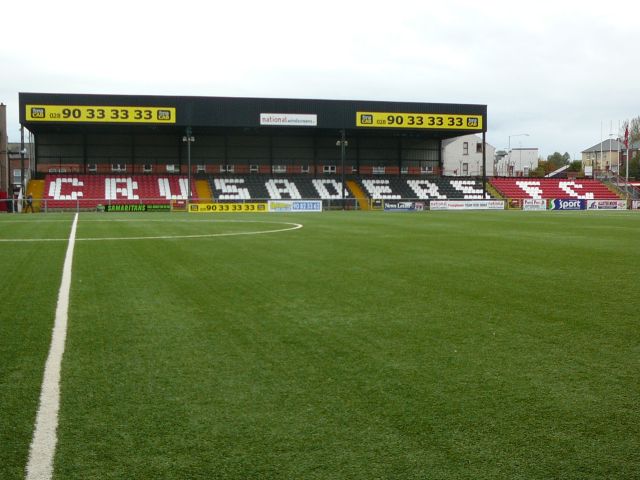